They Say it’s Your Earth Day

One of the things that never cease to amaze me, as an only child, are the clear undeniable differences in siblings produced by the same set of parents… I’m not sure why, but one of my favourite things as a mom is discovering these little idiosyncrasies. Although I was definitely able to identify particular personality traits in Twenty Month Old from very early on, observing him through a “versus” lens, especially as a baby, was a a personality-defining aid. While Four Year Old couldn’t wait to start talking and despite all warnings still views every stranger as an exciting conversation target, Twenty Month Old was much slower to embrace words and slower yet to embrace strangers. My younger son’s speech development pattern has also been a different one. He would learn a new word, then become exclusive with it for awhile, gradually start using it to signify different things and eventually dumping it altogether for the sake of a new word. One of the only words he stayed committed to was Mow Mow, cat.

From the way he excitedly communicates his recurring wish to remove the wooden cat decoration from the top kitchen shelf so he could hold and study it, it’s become increasingly clear that you’re either born a cat person or not. Twenty Month Old hyperventilates with excitement and tries to ditch his stroller whenever he notices a Mow Mow across the street and will sometimes even yell at it “wait!”.

The animals I’ve owned through the years marked different stages in my life. Life with mom, grandma and her sister was the Cat Era. Shortly before moving in with my future husband I got a dog and entered Commitment. My two sons already differ in many different ways. They will also have slightly different childhood memories. One of them experienced the joy of pet owning the other one didn’t, but both show that innate fascination with nature. They smell flowers, marvel and birds and dig up dirt whenever they can. 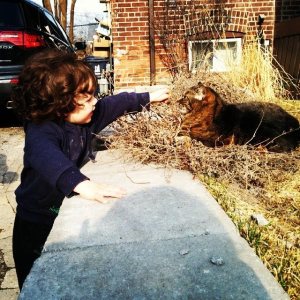 Although I spend time outdoors with my kids, my comfort zone is at home, behind this computer, writing a post for Netflix about Earth Day. However, when we talk nature and its attendant, bugs, I tell my four-year-old that mommy’s way isn’t always the right way, it’s just her way and he can have different preferences. Today when I pick him up from school I want to tell him that I hope he and his brother preserve their sense of excitement about nature, because it’s a direct line, if there was ever one, to gratitude. 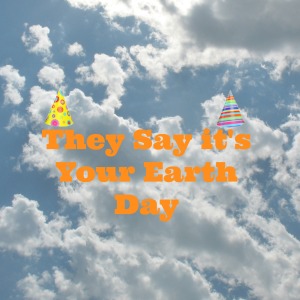 Hiking in the Snow While City Girl

Hi! I write for Netflix once a month as part of their Stream Team. This post was dedicated to Earth Day. In preparation for earth day I’ve been watching a bunch of shows with Four Year Old, occasionally joined by his brother. (There were no cats).

If you intend to celebrate or talk about Earth Day with your kids, here are some shows that Netflix recommends and curated for you:

My husband, Thirty Seven Year Old, suggests that you may also be interested in these Ted Talks found on Netflix (did you know that TED Talks was on Netlix?)

The Blue Planet: A Natural History of the Oceans

Dinosaur Train: Stargazing on the Night Train/Get into Nature

And Don’t Forget to Act Out, My Love »
« The Ten Plagues of Parenting

27 thoughts on “They Say it’s Your Earth Day”