A Cry for Help 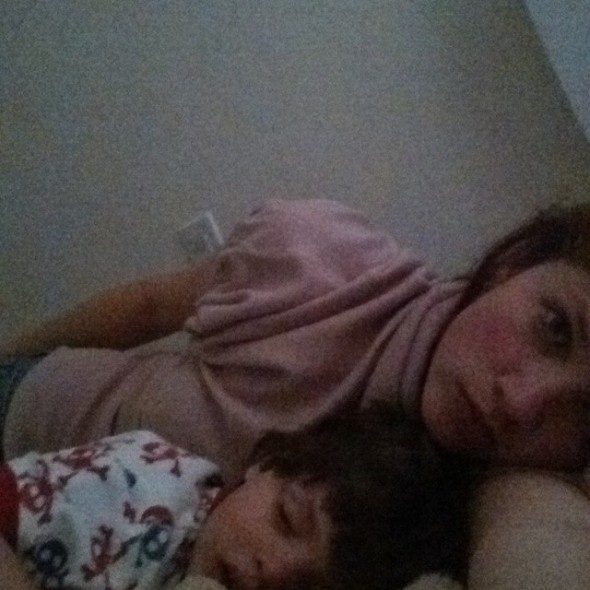 Every so often I’ll send a cry for help  and watch in awe how it makes its way to Latvia, Israel, The United States and England and all the way to my neighbours around the corner. I cry: help?! and a reassuring echo: help. Help! finds me on my way back home from school drop off sometimes days later.

The interesting thing is that sometimes your “help?!” can become somebody else’s “help. Help!” That image I posted, reassured someone else that they weren’t the only ones struggling that night.

Modern families consist of a parent or two, kids, sometimes a pet and usually an internet. Some people claim that the ever present latter gets in the way of the members of our modern family, interfering with their ability to be present and of course it does. I believe that distractions were always there for those wishing to be distracted and that sometimes distractions are what keeps us going.  For me, the internet has been, among other  things, immediate access to support and as such it sometimes served as an essential aid to navigating the waters of parenting.

We’re lying in his bed. His little brother just fell asleep after a two hour ordeal. It’s eight o’clock and we’re just starting our bedtime routine. He’s being defiant. When he starts repeating what I’m saying, I stop talking mid sentence.  He’s curious, there’s urgency in his voice, mama, mama, mama, he needs to know what it is, exactly what it is, so badly that he misbehaves again. It might be a mental deep breath or an actual one. I inhale and start speaking calmly to him. I’m saying all the same things I usually do. The same sentences used so often, you’d think they’d be more polished or effective by now, but instead they  just sound hollow. Maybe this is a weird case of synaesthesia of sorts, where my brain attaches the expected reaction – nothing – to my words rendering them hollow. But this time is different. I can almost see the words landing in his lap. His facial expression changes as he looks down at them and internalizes their meaning. I try to keep it neutral and blame free. I tell him once again that all I do is try to keep him and his brother safe, happy and well fed. That sometimes I’m impatient and it’s because I spend so much time worrying. The words sink in and their weight seems to be pulling him down. He tells me that maybe he’s not the right kid for me and I passionately reassure him that my kids are the only kids for me. I explain that the reason we experience such deep feelings toward each other – love, annoyance, anger – is precisely because we care so much, which makes us right. But he now questions whether he ever makes me happy. My turn to sink. I remind him how just a couple of hours ago I couldn’t stop praising him for getting on that bike without his training wheels for the third time ever – SECOND TIME, he corrects me, in what’s become our shtick this afternoon – and how I bragged about him to everyone we’d met on our way, Mike the teacher, Jakey and his parents. But the cloud is still not lifted and I share something personal with him. I tell him that I spoke to God that afternoon. I was marveling at that silhouette on the bike, the fact that that child in the distance, so far away from me is mine and that he is doing all of that. That he is big enough to be riding so far away from me, on his own, confident and in control. The fact that he was so small in the distance, as small as I will always perceive him, much smaller than the “big brother” role he plays every day. I saw him as small and as big as he really is at six. I tell him how I watched him and said a quiet thank you” in my mind, thank you for all of this and for allowing me to be a witness to this moment.  He absorbs my words, pauses for a second, then throws himself at me, arms open, without saying a word. After a while he brings up my mortality. He’s on the verge of tears when he talks about how he’d never stop thinking of me when I die. I tell him I’ll always be there and we discuss the signs I’d give him.

“Do you know what would really really break my heart?” He asks.

“Yes. If somebody died”.

“No. If my TV split into two pieces.” He pauses and thinks. “And if somebody died” he adds for good measures.

I hope that this is what you needed to hear today.

How is YOUR day going mom and dad? I want to hear about it.

This was a Netflix Stream Team post on the topic of modern families. You’ll find an abundance of modern families on Netflix including the members of Arrested Development and two of my all time favourites Gilmore Girls and Party of Five as well as the new show Grace and Frankie.