*** Dear readers, I hate spamming you. My apologies for the double post. It only took me an hour, but I solved the glitch I had. Wipes brow. Calls Mensa***

Ah, February. The month of love and family. Love and family means home. Home is where your sofa is. Which leads me to Netflix.

I’ve got a game for you that combines all three: home, family, Netflix. You can play it with your partner after the kids had gone to bed (get your mind out of the gutter). The game is based on a post which surfaced a couple of weeks ago on Facebook.

I have no idea how this post ended up in my feed, as I don’t subscribe to Geek Magazine, OBVI (although there is nothing wrong with it, and I may or may not be married to a Software Developer myself). Either way I think we can all agree that this is what you call a “thought-provoking post”.

Consider that your first question. Then move on to the other brainteasers I’ve created for you. My own answers are listed at the bottom. 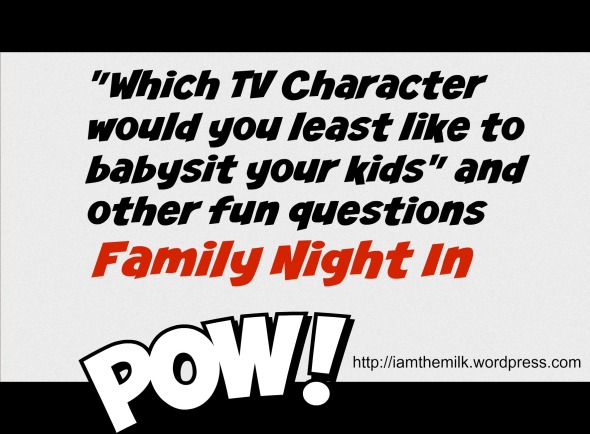 Ready to play? I look forward to hearing what some of your answers were!

This post was a Netflix Stream Team post on the topic of Family Night In. I look forward to you sharing some of yours!

As promised here are my answers:

That day I left work and ran into Harvey and Mike (Suits).