I sometimes think about a different form of time travel, one where past is conveniently wrapped in the present and they peacefully co-exist eliminating the need for perilous grand gestures such as embarking on journeys of chronological nature. I sense that coexistence most acutely when I listen to recordings of loved ones’ voices. There’s something more immediate in the quality of sound versus image when it comes to chronological boundary-breaking. Listening to an old message on my voicemail, mundane as it may be, moulds the past into a tangible form, providing it presence.

Time travel is not only possible, but it’s available to us. 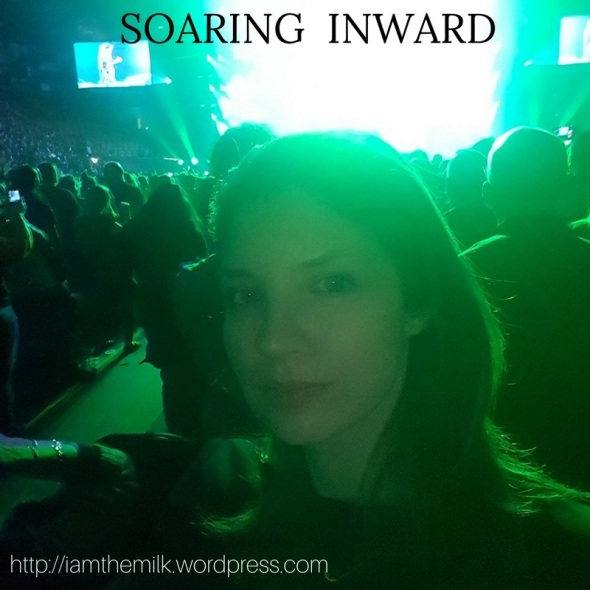 A month ago I stood by the stage at the Air Canada Center eagerly awaiting one of my favourite bands. That music connects us to lost moments we didn’t know we retained, is a well-known cliché that requires no reintroduction. My anticipation for the band was as much nostalgically fuelled as based on admiration for the artists, I wanted to connect to the music, but also to the past through this auditory séance. I didn’t realize I would experience the concert on a deeper, more meaningful level. I didn’t know I was about to soar and transcend. That you could soar inwards.

As the familiar silhouettes of Slash and Axl appeared coated in layers of memories, moments, small personal significances, flooding the room with music, a warm taffy-like feeling spread through me. It was more than liquidy nostalgia, it penetrated deeper and touched my very core. I now realize that that core was the foundations of my identity.

In 2007 I immigrated from Israel to Canada and shed parts of my identity: family, friends, home – physical and mental. I’d let go of the idea of continuity, the basis on which families are built. When my grandmothers passed away in 2015, the physical spaces I’d spent my childhood in evaporated and a new unspoken paradigm formed within me, too dramatic to be uttered, too painful to be recognized – there’s no going back. That state of returning to childhood by visiting the people and the physical environment who defined it was untraceable.

I listened to Slash performing his virtuoso riffs, seamlessly transitioning from one melody to another and I was transitioning too, shifting from observing collective time travel to actively partaking in it. The music and these familiar silhouettes performed some sort of magic splitting me in two, placing me smack dab in the middle of areas within me I’ve sealed off as “no trespassing “. I’ve soared inwards to where I was daughter and granddaughter- not mother, girlfriend – not wife, enveloped by my grownups, protected. I was past and present, both grateful, and gratitude for that sense of connection pushed my arms upwards, palms open, facing the stage to absorb some more of this, through these magica mediums, to linger.

Slash stayed last on stage, eventually doing a handstand as he walked off. Maybe he needed to feel the stage with his hands, maybe just like me he needed to linger. 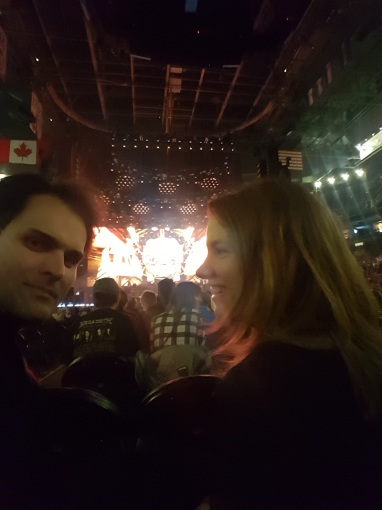 The Magic of Bending Time Through Travel »
« Houses, Trees