The Magic of Bending Time Through Travel 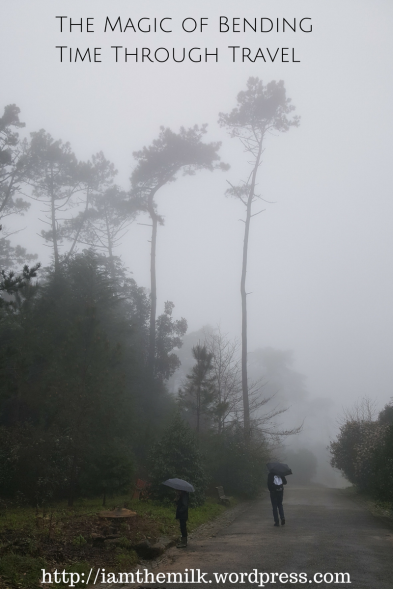 Tomorrow I’ll be coming back to work after a two-week vacation in Portugal and Spain. When I ride the subway reading my book, my mind will wander off to the previous Monday. I’ll be thinking how strange it is that just one week ago, I walked in Marvão, Portugal, alongside a stork, on deserted train tracks carefully leading nowhere, and how through the ecstatic cries of my boys I was vicariously plugged in to their sense of complete freedom. I’ll be reminded of one of travel’s best qualities, its ability to compress events and experiences and upload them onto a given unit of time – which we usually, in our day-to-day life, experience as short – contributing this way to its sense of elasticity. In other words, a week seems longer and so much more meaningful when you’re traveling. Time actually does the opposite of fly. It saturates and sinks lower, heavy with impact. 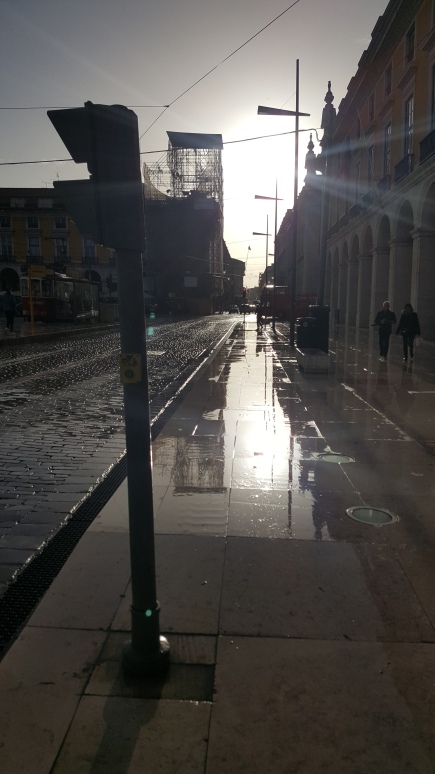 My life at work is spent in an experience-vacuum-zone underground. The subway takes me to a station that connects with my building through an underground maze I never have to leave. In my everyday life, I’ve grown quite satisfied getting all my needs: parental, gastronomical, cosmetic and even pharmaceutical, fulfilled by this subterranean autarky. In a way, my underground existence is based on the desire to accelerate time to reach the point when I resurface and join the living. It promotes experience avoidance. It’s light and dissipates trail-lessly.

As I’m sitting down to record my thoughts, I have a surprising opportunity to write uninterrupted, while my kids occupy themselves in the backyard. As I step outside to check up on them, I find out that they are ‘building roads’. They’re paving them in our backyard through the dry, yellow, end-of-Toronto-winter grass. As I narrate their activity back to them as parents often and inexplicably do, I compare their carvings in the ground to the roads paved by the Romans, and realize it was exactly one week ago that we visited Madrid’s archaeological museum and spent a while hogging the interactive screen, where Roman road building was broken down into its components. My husband seemed eager to infiltrate the minds of our children with information on how to, while they seemed entirely focused on the screen’s doodle feature. Back in our backyard, my eight year-old asks me to judge the quality of the roads paved by him and his five year-old brother. I observe the layering of the paved path with rubble and realize they must have heard their father, after all.

Travel has its own particular form of magic. It performs time-stretching not just while you’re traveling, but retroactively too, stretching the present backwards so it intertwines with the past. I love living on those parallel axes established by travel, when you’re not as firmly planted in the present, constantly dipping your toes into the past using that arbitrary time identification unit, days of the week, as a portal allowing now to merge with then. 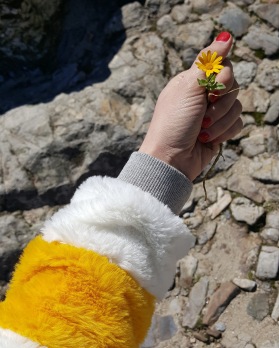 Sometimes the magic becomes a bit more complicated and you wander every which way between present, past and future, planting memory crumbs for future you to use for guidance like Hansel and Gretel.

On Tuesday I was riding a white horse named Anaïs on a Portuguese farm not far from the border of Spain. The owner of the farm, José, a retired doctor, led our group on foot for two hours, seamlessly transitioning to jogging whenever the horses started to trot, sharing anecdotal stories and trivia facts about the Alentejo region in English and Spanish and capturing it all on camera. Even though the activity we were engaged in was so outside of the norm for us it should have, in and of its own, defined the whole experience as touristic, its dignified nature allowed it to serve instead as a window – no, a crack – into life in Alentejo. Jose told us about the local resources the region is known for, the cork trees and the black ham that feeds solely on acorns. He told us about the marking system of the trees whose bark gets cut and harvested every nine years. His repeated casual reference to “here in Spain” illuminated the fact that there is so much more to this Alentejan life here on temporary display that is unknown to us and can’t be transmitted through stories. So much more worth lingering for.

When our horses caught up with twilight time, the sun was warm and low but tactfully distant, cautious not to overstep, just like the people in this country.

– Next Tuesday, when I’m back at the office, I told my husband’s back, I’ll be thinking about how I rode this horse just one week ago.

– Why Tuesday? Aren’t you going back to work on Monday?

– I am, but this is the furthest from work I can imagine.

We left Jose’s farm late that evening. There were no lights outside when we walked to our car, after our guide’s gracious invite to his home for drinks and a snack of cheese and black ham sliced by him directly from the thigh in front of our eyes. We were accompanied by a little Spanish girl named Carmen who rode with us earlier and was now telling her new friend, my five-year old Daniel, something about la luna. When we were leaving, Jose’s goodbye to us was “stay happy, always happy” and it felt personal, like a diagnosis. I knew he had noticed my concern for my children at times. I knew he noticed I worry when it’s not necessary. Maybe he had also identified a capability for joy, or maybe that’s just the way he parts ways with all his guests. Perhaps he knew that my time, our time, the one we were about to return to, could use a bit more impact.

Our recent trip to Portugal and Spain was one of my favourite trips ever and I suspect (or hope) this is the first of many posts about it. What is your favourite travel destination and why?

6 thoughts on “The Magic of Bending Time Through Travel”